Project Description:  Consider the set of polynomials in one variable over the complex numbers. We can define a distance between these polynomials that turns out to be a metric. The Cauchy sequences with respect to this metric, however, do not all converge. So, we can complete this metric space to get a new metric space in which all cauchy sequences converge. What is this new space algebraically? Surprisingly, it turns out to be the set of formal power series in one variable over the complex numbers. The idea of completing a set of polynomials generalizes to rings. Given a local ring, one can define a metric on that ring and form a new ring by completing the metric space. The relationship between a ring and its completion is important and mysterious. Algebraists often gain useful information about a ring by passing to the completion, which, by Cohen’s Structure Theorem, is easier to understand. Unfortunately, the relationship between a local ring and its completion is not well understood. It is the goal of the Commutative Algebra groups in SMALL to shed light on this relationship.

Students participating in the Commutative Algebra group will work on problems relating local rings to their completions. For example, they may attempt to characterize which complete local rings are completions of excellent local UFDs. Students could also work on a variety of questions on the relationship between a local ring R and the polynomial ring R[X] by looking at their completions. In addition, there are open questions about fibers over nonzero prime ideals on which students might work. The following references are results from previous SMALL Commutative Algebra groups.

Project Description:  Perelman’s stunning 2006 proof of the million-dollar Poincaré Conjecture needed to consider not just manifolds but “manifolds with density” (like the density in physics you integrate to compute mass). Yet much of the basic geometry of such spaces remains unexplored. This will be our first research topic. See the first four references below and especially my survey in the February 2009 American Mathematical Monthly.

In 1999 Hales [5,6] proved that regular hexagons provide the least-perimeter way to partition the plane into equal areas. In 2002 he showed [7] that on the unit sphere, regular pentagons provide the least-perimeter partition into twelve equal areas. We’ll continue Geometry Group work on such partitions of the sphere and of compact hyperbolic manifolds; see [8].

Project Description:  We will work on the following problems in knot theory:

1. Given restriction on the choices of complementary n-gons from which to construct knot diagrams, which restrictions still yield projections for all knots? For instance, every knot has a projection just made up of 3-gons, 4-gons and 5-gons. See [AST] for more details.

2. The spiral index of a knot is the least number of spirals in a spiralling projection of the knot (where the projection always curves positively). In 2008, SMALL produced a paper (see [Aetal]) which initiated the study of this invariant. We wish to further understand this invariant, which is related to the curvature-torsion invariant of  [M].

3. Superinvariants are certain variations on the standard invariants such as bridge number, crossing number and braid index. (See [Aetal2] for supercrossing index, for example.) Superbridge index in particular turns out to be related to stick index, the least number of sticks necessary to construct a knot. Chemists are particularly interested in stick index. We will investigate further superinvariants, and their relation to stick index and to spiral index.

Project Description:  Random Matrix Theory was developed to study the energy levels of heavy nuclei. While it is hard to analyze the behavior of a specific configuration, often it is easy to calculate an average over all configurations, and then appeal to a Central Limit Theorem type result to say that a generic system’s behavior is close to this average. These techniques have been applied to many problems, ranging from the behavior of L-functions to the structure of networks to city transportation. We’ll study classical random matrix theory ensembles, using the knowledge and techniques from these studies to investigate other systems of interest.

We’ll study the behavior of zeros at the central point of L-functions on nearby zeros; this is analogous to studying the effect of different eigenstates of a Hamiltonian with the same energy. Previous results break down completely in the regime of low conductors. Building on code written by previous students, we’ll study related Jacobi ensembles, which we believe models the observed repulsion. We’ll also explore various models of d-regular graphs and the distribution of the eigenvalues of their adjacency matrices. These eigenvalues have combinatorial significance; for example, the second largest eigenvalue tells us how quickly each vertex can communicate with another.

Pseudo diagrams are diagrams of knots or spatial graphs where, at some of the crossings, under- and over-strands aren’t specified. These objects have recently been studied in an attempt to analyze the knotting in DNA. Virtual knots and virtual spatial graphs are generalizations of knots and graphs where certain crossings are designated to be “virtual”. We will explore a new theory of virtual pseudo diagrams and find out when knottedness and unknottedness can be detected with partial information about the crossings in a diagram.

Project 2: A General Theory of Knots and Graphs.

Many categories of knots, links, graphs and curves have properties in common. We will look at the creation of a general knot/graph theory to distill the similarities amongst several fields. This project potentially has deep connections with Project 1. 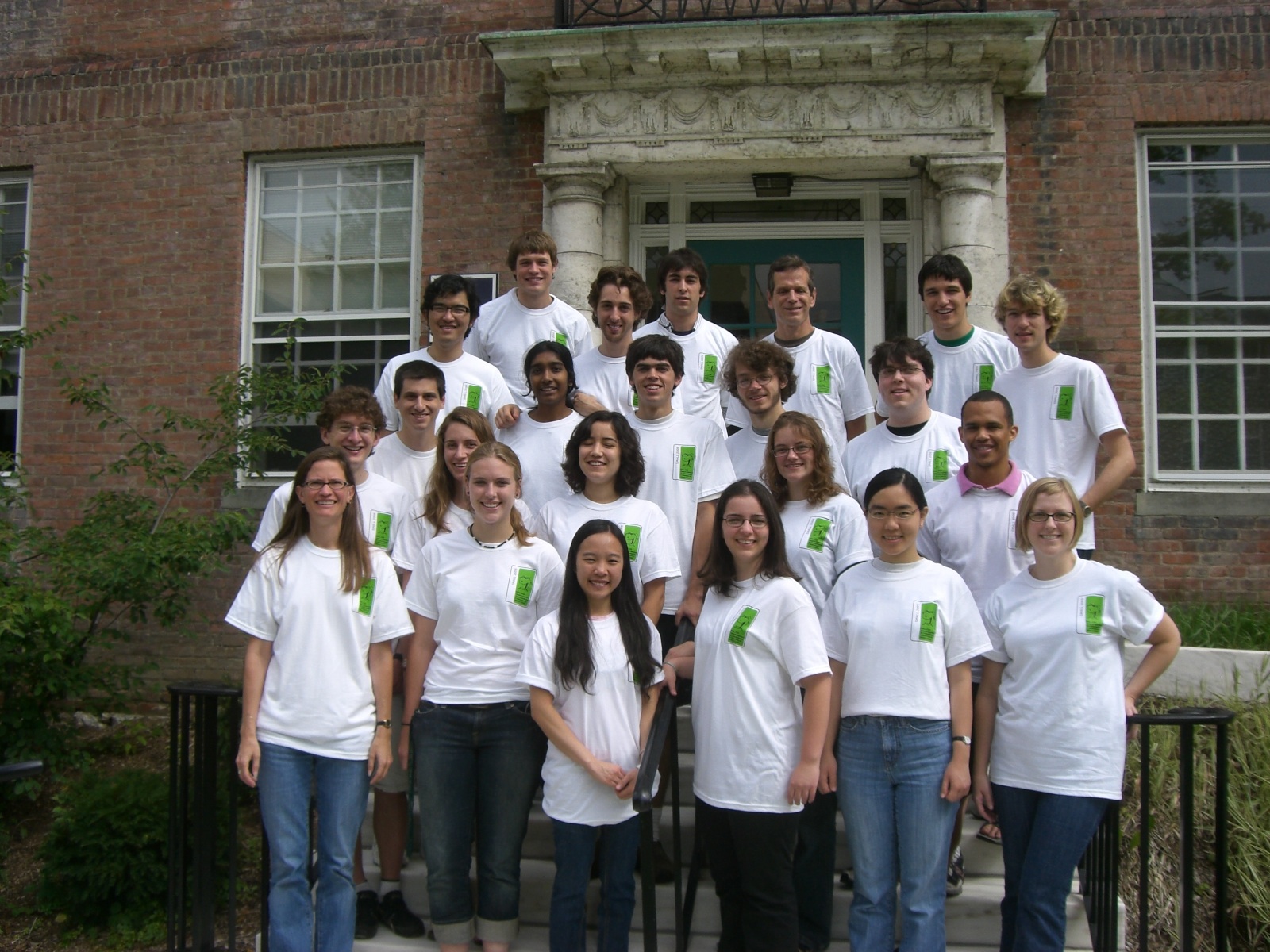 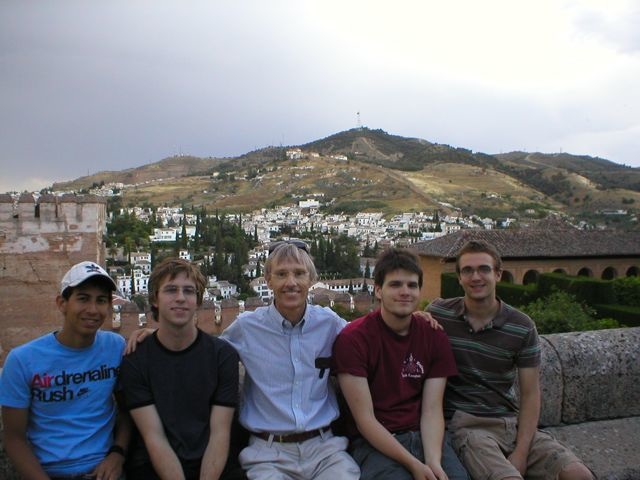 A picnic at Stony Ledge

Check out the SMALL 2009 photo album!