Consider the set of polynomials in one variable over the complex numbers.  We can define a distance between these polynomials that turns out to be a metric.  The Cauchy sequences with respect to this metric, however, do not all converge.  So, we can complete this metric space to get a new metric space in which all cauchy sequences converge.  What is this new space algebraically?  Surprisingly, it turns out to be the set of formal power series in one variable over the complex numbers.  The idea of completing a set of polynomials generalizes to rings.  Given a local ring, one can define a metric on that ring and form a new ring by completing the metric space.  The relationship between a ring and its completion is important and mysterious. Algebraists often gain useful information about a ring by passing to the completion, which, by Cohen’s Structure Theorem, is easier to understand.  Unfortunately, the relationship between a local ring and its completion is not well understood.  It is the goal of the Commutative Algebra groups in SMALL to shed light on this relationship.

Students participating in the Commutative Algebra group will work on problems relating local ring to their completions.  For example, they may attempt to characterize which complete local rings are completions of excellent local UFD’s.  Students could also work on a variety of questions on the relationship between a local ring R and the polynomial ring R[X] by looking at their completions.  In addition, there are open questions about formal fibers on which students might work.  At least one Abstract Algebra course is required. The following references are results from previous SMALL Commutative Algebra groups.

Ergodic theory studies dynamical systems from a probabilistic or measurable point of view.  A discrete-time dynamical system can be given by the iteration of a self-map defined on  some measure space.  An interesting class of examples is given by continuous maps defined on cantor spaces.  A particular class of such maps is given by polynomial maps defined on compact and open subsets of the p-adic numbers.  More generally, there are interesting classes of measurable maps on the unit interval.  We will study properties such as ergodicity and mixing for these maps. We have the following possible projects.

3) Other mixing and rigidity properties for certain classes of transformations.  See http://nyjm.albany.edu:8000/j/2009/15_393.html, http://journals.impan.pl/cgi-bin/doi?cm119-1-1, or http://journals.cambridge.org/action/displayAbstract?fromPage=online&aid=208351.

In terms of background, a first course in real analysis is expected, and preferably some work in measure theory and sufficient background to cover most of the following book during the first week or so of the program: http://www.ams.org/bookstore?fn=20&arg1=stmlseries&ikey=STML-42.

Origami and the folding and unfolding objects is an ancient area of art and study.  In the past few years, however, it has become a hot area of mathematical research as well, with important applications to protein folding, collapsing super-telescopes, and DNA nanotechnology.  This subject is also in its infancy, with numerous opens problems in several areas, where even simple definitions have not yet been standardized.

Underlying any origami folding is a skeletal structure of the object whose shape is a tree.  Our project will focus on several geometric and topological problems motivated by origami seen through the lens of computational geometry and the spaces of trees.  This is a purely mathematical program, so no experience with actual origami folding is necessary.

(1) Perelman’s stunning proof of the million-dollar Poincaré Conjecture needed to consider not just manifolds but “manifolds with density” (like the density in physics you integrate to compute mass). Yet much of the basic geometry of such spaces remains unexplored. See references [1-6] below.

(2) In 1999 Hales [7, 6] proved that regular hexagons provide the least-perimeter way to partition the plane into equal areas. How does this change if there is a penalty for vertices? What is the best tiling by pentagons? A major difficulty is eliminating nonconvex pentagons. What about higher dimensions?

where the a1, , a2, ….  are non-negative integers.   Lagrange showed that a number is a quadratic irrational if and only if its continued fraction expansion is eventually periodic.  There has been a wealth of work done on continued fractions, from number theory to numerical analysis.

The Hermite problem is thus after generalizations of continued fractions; such generalizations go by the name “multidimensional continued fractions”.   Two such attempts that we will be building on can be found in the paper “On periodic sequences for algebraic numbers” in   Journal of Number Theory (2001), vol. 88, pp. 86-103,  in “A Two-Dimensional Minkowski ?(x) Function” in Journal of Number Theory (2004), vol. 107, pp. 105-134 and in “A Dual Approach to Triangle Sequences: A Multidimensional Continued Fraction Algorithm” in Integers, (2005), vol. 5.

Another direction to be explored is the link between statistical mechanics and multidimensional continued fractions.  For more on this, see “A thermodynamic classification of real numbers” in Journal of Number Theory, (2010), vol. 130, pp. 1537-1559 or watch the youtube video http://www.youtube.com/watch?v=qnPF2QS4cRg

We will explore many of the interplays between number theory and probability, with projects drawn from L-functions, Random Matrix Theory, Additive Number Theory (such as the 3x+1 Problem and More Sum Than Difference sets) and Benfords law. A common theme in many of these systems is either a probabilistic model or heuristic. For example, Random Matrix Theory was developed to study the energy levels of heavy nuclei. While it is hard to analyze the behavior of a specific configuration, often it is easy to calculate an average over all configurations, and then appeal to a Central Limit Theorem type result to say that a generic systems behavior is close to this average. These techniques have been applied to many problems, ranging from the behavior of L-functions to the structure of networks to city transportation. For more on the connection between number theory and random matrix theory, see the survey article by Firk-Miller. 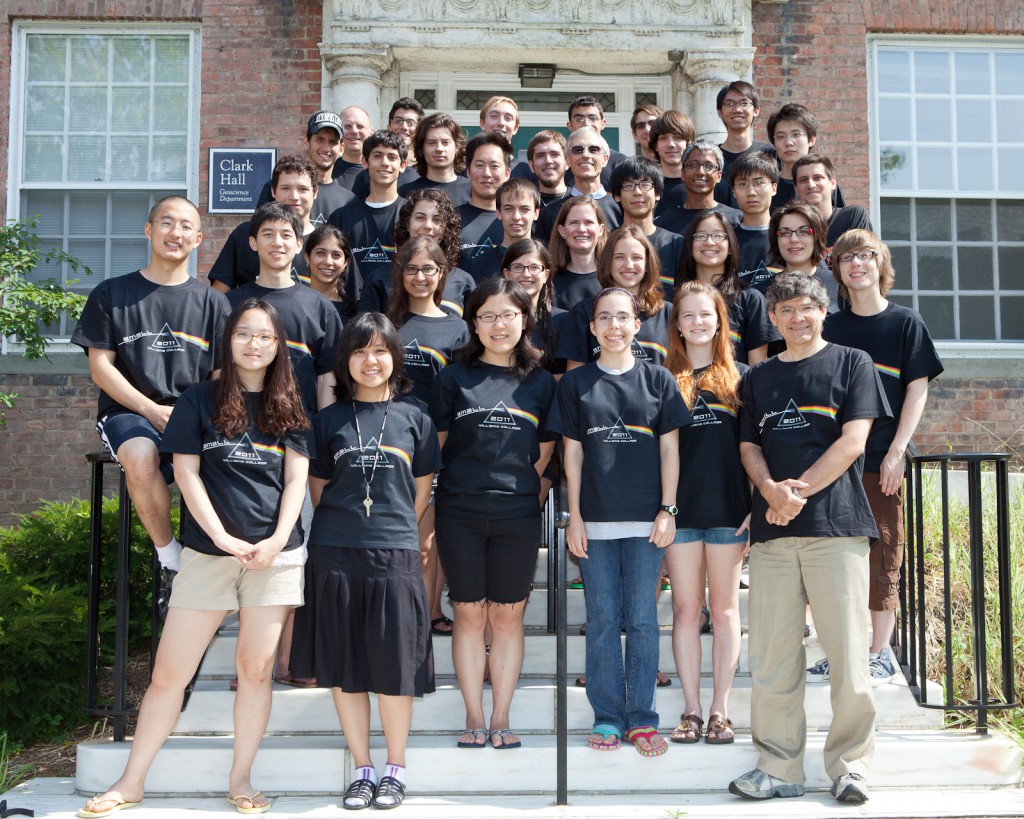 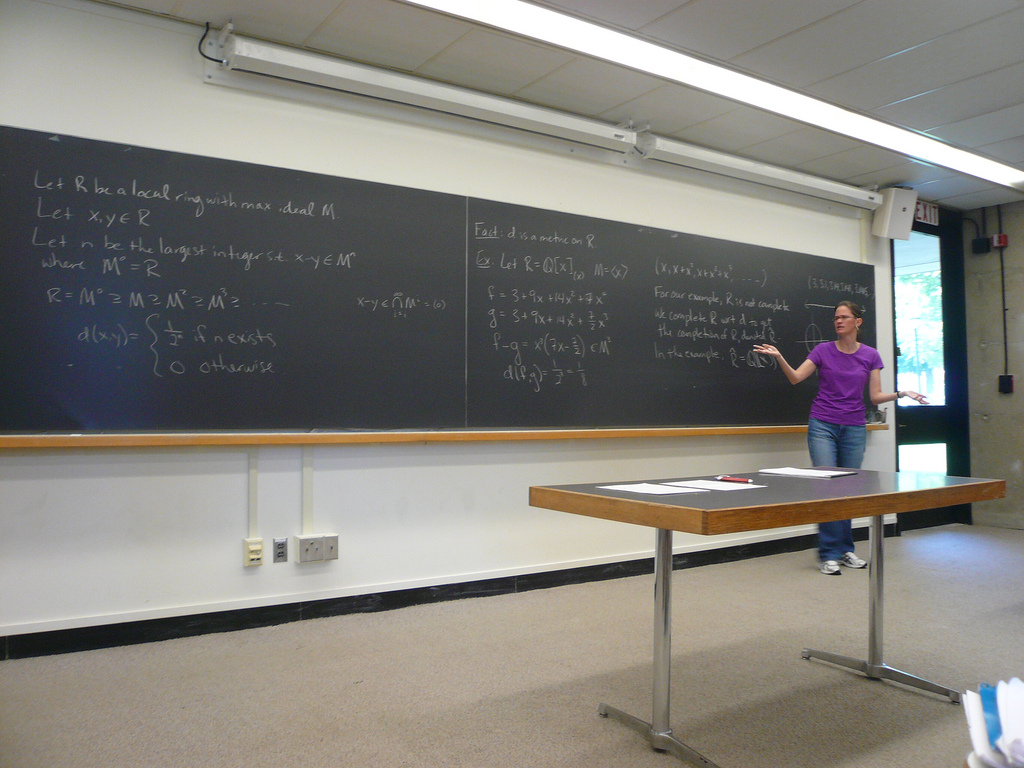 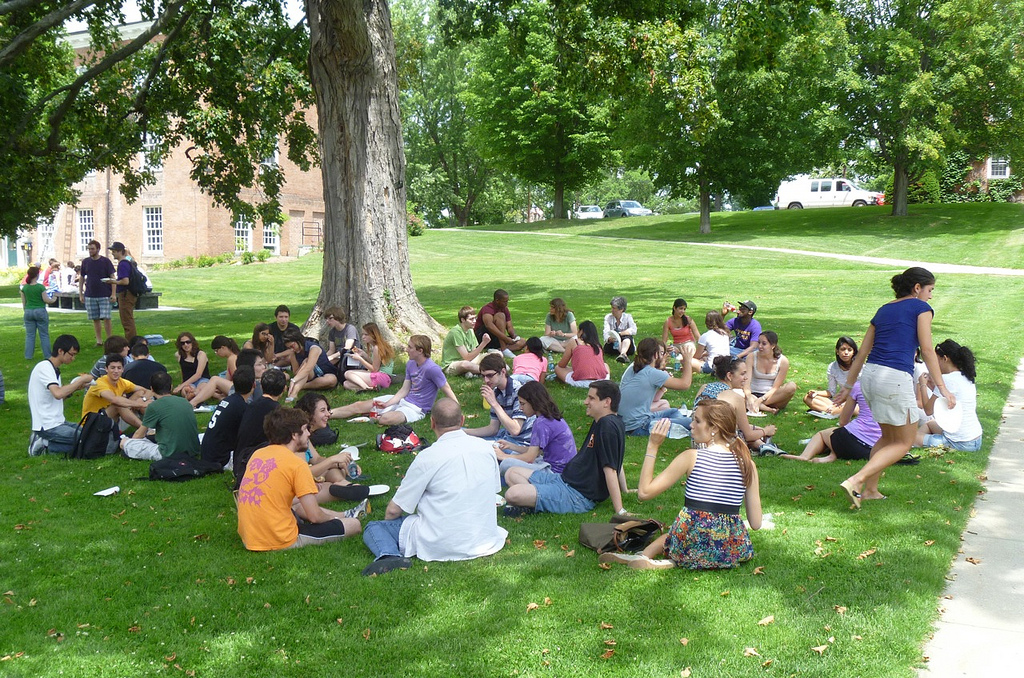 Pizza lunch in the Science quad. 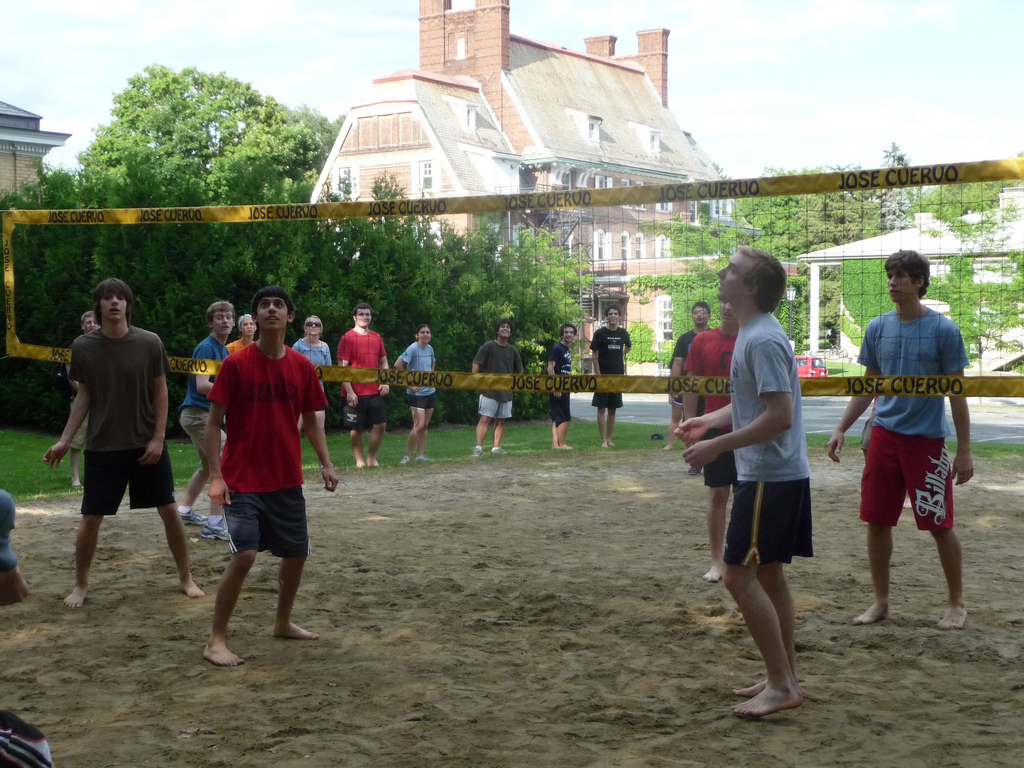 Having bubble fun in Williamstown.

Check out the SMALL 2011 photo album!